Today is G and I want to talk about all the different ways you can include gophers in your writing. I’m sure you’re thinking something along the lines of “Wow! Jaylee! What an amazing and inspiring topic! Where did you ever get an idea such as that?” Not. Lol.

I haven’t written anything goofy for a bit and felt the strange urge to do so. So without further ado…

Before we can know how, we must know why. So why should a writer have at least one gopher in their story? Easy. Just take a look at this one. –>

Aren’t they adorable? Now, how can a writer not have such an adorable creautre in their story? They could be a best friend to the MC, following after them and riding in their pack. Just image all the fun you’ll have at writing conventions when people talk about their characters’ normal pets and you’ll be able to brag about your gopher. Ah yes.

Admit it. They are adorable. They would make the perfect pet for your character. Who needs wolves and fierce animals when you have the do it all gopher?

A Pet Worthy of a Hero

Picture it in your head. The villian is standing on the wooden platform, way above the crowd so that he can declare his victory to everyone! The hero is too far away for a good shot, but not his gopher! His gopher is basically unseeen, racing through the people crowding around the platform. With large teeth, the gopher gnaws on off the platform legs in half! The platform way up in the air begins to fall. First slowly, but then quicker and quicker! Guess what, folks? The gopher just saved the day! And to top it all off… cuteness!

Perhaps you aren’t writing a story with a hero and villian such as that. That’s perfectly fine! Neither did the writers of Groundhog Day. But say it’s a story about a little girl. The little girl needs something to cuddle right? Bingo. Gopher time. It has cute little hands and soft fur, adorable eyes (that I’m sure will twinkle) and what little girl wouldn’t like cuddling with that?

But I’m not writing about a girl, you might cry indignately, I’m writing about a boy! Dun worry, dun worry. Just think… who was it that taught the guy to dig in the flowerbeds, to crawl under the bed and to scratch the wooden floors? And especially how to hide outdoors when he knew he was in trouble?? (Tom Sawyer probably had a gopher friend at some point in his life and look at that… the book is a classic!)

Just because your story is out of this world does not mean that there can’t be gophers. There’s this cool little gopher over here to prove it! Well… um, he might be… yeah, a stuffed animal… but it’s your job, sci fi writers, to make him come to life and explore worlds beyond this solar system! It may draw a couple looks when you say you’re writing about gophers in space, but trust me! It’ll become a New York Times Bestseller and will stay a classic for the rest of eternity! (If you can write about hitchhikers crossing the galaxy, certain gophers can fit in there somewhere.) 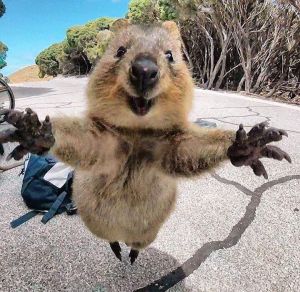 The conclusion is… you now all agree with me. Gophers should be in each and every story. Why thank you. I knew I had something great when I thought of the gopher thing. I’m so glad you all agree with me. Now let’s go make this thing a reality! Whoot whoot!

Haha, okay. Thank you for reading my post. I hope you got a couple chuckles out of it. (I chuckled myself writing this.) You all are so amazing, actually fininshing this post (kudos if you comment too, lol). Have a great day and watch out for wooden nickels!

Jaylee Morgan is a teenage author with her sights set on publishing. She’s written short stories since–uh… um–before she can remember. Her family isn’t quite sure what to do with her (mental hospital, maybe?), as she carries around a folder that she’ll randomly open and start scribbling in. She grew up (er, is still growing up) on a little hobby farm. She was basically born riding horses and hopefully will continue to ride horses for the rest of her life. She loves, loves, loves the cowboy lifestyle and might actually write about it someday. (Right now, she’s too scared that she won’t do it justice.) She reads. Like crazy. View all posts by Jaylee Morgan 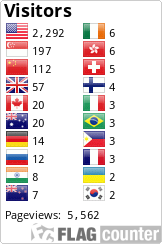